As I walked past the sight, I tried to convince myself that I was wrong and definitely didn’t see well. Curiously, I stepped back, and true to it, I saw two market women ‘marketing’ discardable chicken legs, I actually saw rightly.

I had thought, when did scaly, non-nutritive chicken legs become a graded commodity in this our polity? Ha! Jesu mi!
Right there, I got stuck gazing warily at yet another testament to the degree of poverty in Nigeria.

Poverty has fully conquered the pockets of the masses, now, it has grown so malignant to ravage their hearts, and government does not seem pained enough.
For God’s sake, what is this if not dehumanization!

I tried to rationalize it by thinking that at worst, these chicken legs should have been freely given out to some people, rather than them being the economy of these women,  who may even probably be on the verge of having an umbrella body, ..“National Association of Chicken Legs’ Dealers”. I wouldn’t be alarmed, because that’s how psychiatric the poverty has been allowed to fester.

As I walked away, I kept thinking about what these people could have had in their thoughts as motivation. From the women who saw the prospect of ‘boom’ in selling these deprivative legs, to the ones who patronize them, and even the merchants who give them out to retailers with the mindset of trade, all I saw were copious traits of psychiatry.

That state of mind when they haplessly re-calibrate their expectations to see “something in nothing” and “essence in nonsense”…..that’s what poverty has wrought in my people’s hearts.

To make them believe one untrue appeal in dry chicken legs, to make those market women sit there in expectation of one infinitesimal profit, to make the buyer picture “sweet” chicken meat on their bowls of concussed jollof rice, to make the merchant expect a vague gain; all depicts the symptoms of a kind of poverty that pangs the heart beyond the pocket, and that which erodes the prospects of sanity.
Abi, what else would readily paint a delicacy and an economy out of these actually discardable chicken legs, if not poverty pangs…

Over the years, especially in this 16-year democracy of ours, we’ve been constantly fed with the figures that depict the sheer poverty rate in Nigeria...”an average person is said to live below 1 dollar per day…bla bla bla”… But, I believe that the situation has even degenerated further beyond the rhetoric of metrics. No right thinking countryman needs statistical figures to assess the palpable nature of poverty and its effects in at least 75% of Nigerians, who aren’t (maybe) politicians, pilferers, or *pastors.

That this degree of disheartening poverty exists in a country where some corruptly over-privileged few feel like blowing millions in a day, loosing billions unfazed and flippantly misappropriating trillions, shows how warped our idea of bliss is. To me, bliss isn’t when you just accrue goodness to yourself, rather, it is when you don’t even seem to have enough for yourself because you’ve had to disburse for the ones not as privileged as you are.

The Buhari government has its work cut out as regards poverty; it must just reduce. It is sad to know this new government is still grappling with the politics of appointments and selfish intentions, months into their election, all at the expense of people-oriented governance. #APC

Enough of platitudes oh, this government has a new platter to re-plan from, and it shouldn’t be conveniently Jega about it, if anything, it must be Orubebeic enough to stamp upon the progress of poverty across the land.
Food, employment and shelter, must become affordably basic.

And for them, I have the words of Charles Chaplin, who with great insight once said,  “You need Power, only when you want to do something harmful; otherwise, Love is enough to get everything done.”

Buhari, biko, take cue and get practically expeditious about making life truly livable for these citizens. Deliver these majority from this psychiatry. 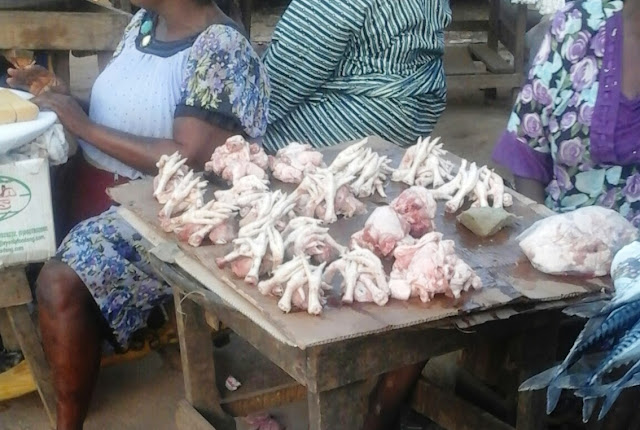 PS: Dear “Cum-an-carry-me-out” lasses, please, kindly take note, “He is a wonderful man, the boy who ‘carries’ you out to devour fleshy chicken laps at Mr.Biggs, that man who didn’t chicken-out when you craved chicken; Respect him”