Arsenal have won the FA Cup for a record 13th time thanks to a thrilling 2-1 victory over Premier League champions Chelsea at Wembley Stadium, and Chelsea boss, Antonio Conte, admits that his side played second fiddle throughout the match, meaning Arsenal deserved to win! 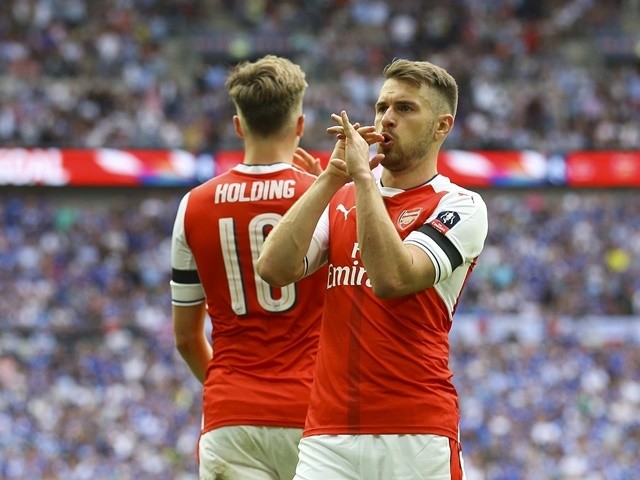 Chelsea struggled to truly get going in the first half, being pegged back at times and justifiably finding themselves behind at the break to a Sanchez strike.

If Arsenal’s lead was deserved, the manner of it was more debatable, as Sanchez ran onto his own chested assist – which appeared to touch his hand – and slotted past Thibaut Courtois with the outside of his boot.

The strike was initially ruled out, with Ramsey also clearly offside but not interfering with play, although after some discussions with his fellow official Anthony Taylor awarded the goal. 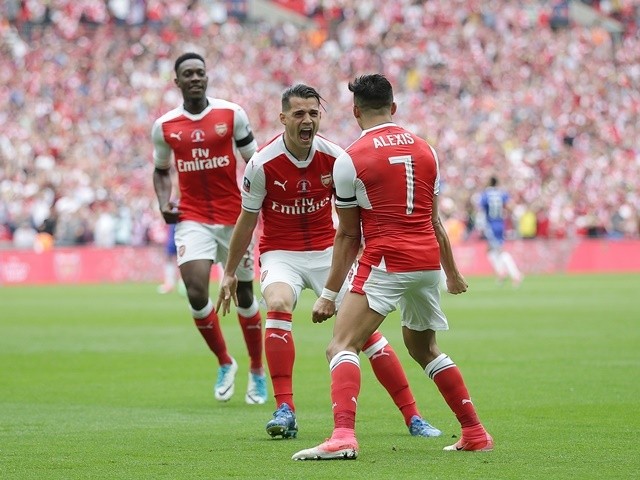 Seven goals in six appearances at Wembley Stadium for Sanchez was nearly added to after smashing the ball over the bar from range, shortly before Mesut Ozil‘s clipped shot over Courtois – via a touch off the sliding David Luiz – had to be helped off the line by Gary Cahill.

Cahill was required in similar circumstances later in the half, this time to deny Danny Welbeck after his shot was saved but rebounded back towards goal, where the stand-in skipper was in the right place.

It was a dominant first-half display from Arsenal, replicating their opponents’ three-man backline after much success in the closing weeks of the season, and their only complaint heading into the break was that they did not have a second. 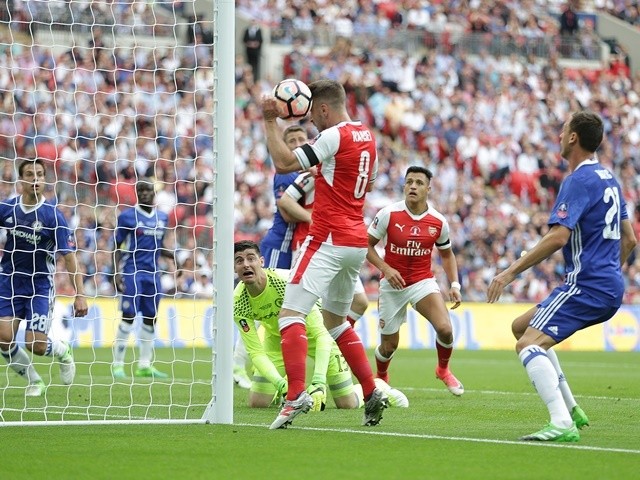 Welbeck, tirelessly running the channels after being given the nod over Olivier Giroud, headed a corner against the post and Ramsey chested against the same part of the woodwork from the follow-up.

Granit Xhaka also tested Courtois with a long-range strike from a half-cleared free kick into the box, while David Ospina – a surprise inclusion in goal – had to keep out a Costa attempt from close range, and Pedro fired high from the Blues’ only other real opening of the half.

Perhaps unsurprisingly, Chelsea looked far brighter right from the off in the second period, coming close through an N’Golo Kante drive and a couple of blocked Pedro efforts inside the area. 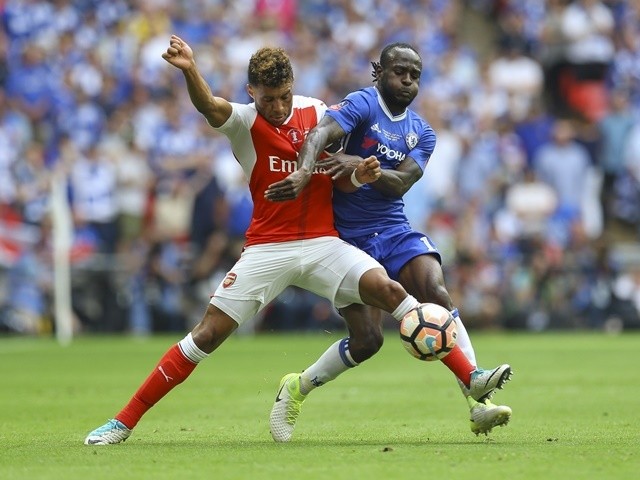 Victor Moses, one of those on the periphery in the opening 45 minutes, tested Ospina with a bullet effort down low and Pedro sent a shot wide from the edge of the D as the pressure started to build on an Arsenal side seeking a ninth win in 10 since reverting formation.

The match was beginning to become very stretched as the final 25 minutes approached, with Hector Bellerin finding the target but not beating Courtois, though another big moment arrived moments later.

Moses, booked less than 10 minutes beforehand, was rightly shown a second yellow by Taylor for a dive inside the area, simulating contact from opposition wing-back Alex Oxlade-Chamberlain. 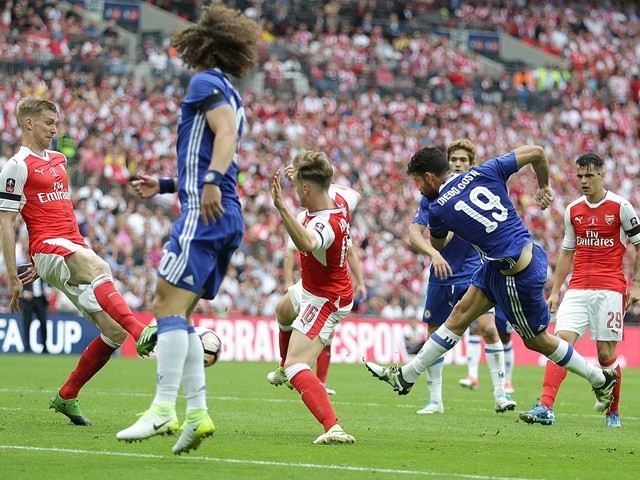 Then came a dramatic spell in the match, which initially saw Costa bring substitute Willian‘s pass under control and tuck past Ospina’s reach, a little over two minutes before Ramsey found himself as the most advanced player to head home Giroud’s cross.

Chelsea were not going to give up there, though, almost levelling up for a second time after Costa found room but was denied by Ospina, while Ozil picked out the post up the other end with a glorious chance to seal it.

There was to be no way through for Chelsea late on, however, meaning Antonio Conte misses out on the double for the second time in his career, while Wenger is now the competition’s most-successful ever boss – seven triumphs taking him ahead of legendary boss George Ramsay.